Skip to main content
Login
Get in touch
Jobs 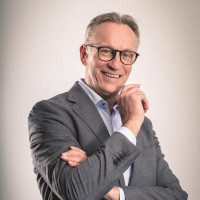 Stefan Svensson has become Managing Director, a role he will hold alongside his position as Sales Director of Toyota Material Handling Europe (TMHE), while former Head of Commercial Luca Giovagnoni is now Cesab’s Commercial Director.

Stefan has been with the Group since 2004 and his previous roles include Sales Director of TMHSE (Toyota Material Handling Sweden) and Director of EKA (European Key Accounts). His current responsibilities include the TMHE owned sales network, independent dealers, Cesab network and racking.

Luca, who will report to Stefan, joined Cesab four years ago and has held sales and territory manager roles. He first began his career with the Toyota Group on the factory floor, progressing to dealer manager for Italy.
Luca has successfully worked with the Cesab team this financial year to achieve all the original sales targets, despite the challenges of Covid.

We would like to extend a very warm welcome to Stefan and Luca in their new roles.